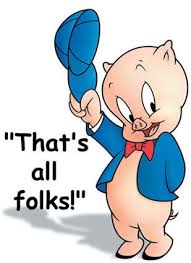 Correction, here: Another blogger The same poster that found it necessary to rant that Fox and CBS wouldn’t advertise condoms on the Bioethics.net Blog also posted on the Women’s Bioethics Blog. Blog.bioethics.net has been “down” since I posted yesterday – Coincidence? (Update June 21 – they still haven’t posted my post.)

There’s a link to the commercial, which I have to admit, has some humor to it.

So many puns, so little time.

Trojan could have appropriately used horses, but chose pigs to represent men. Perhaps -if I can use Alexandra’s word – it’s due to the devolution that produced the same low standards that makes them think a men’s room condom dispenser could change a woman’s mind about having sex with a pig. Yeah, when “pigs fly.”

Alexandra comments on the hypocrisy of TV networks that would deny anyone “sexual pleasure with a condom.”

Come on! As the commercial shows, the vending machine is in the bathroom at the club. With product placement like that (for the condoms as well as the men and women) what difference is a commercial going to make to the rate of “unintended teen pregnancy”?

I know, I know. There’s actual bioethics news out there. Wesley Smith has posted on ACT’s claim to have finally done the experiment they said they did, before. There’s Ian Wilmut’s plea for human-animal hybrids, not to mention his being named “feature editor” for the new website, “Nature Reports Stem Cells.” And there’s even “Skinny Water.”

Can’t resist ending with a line from one of my favorite pigs: “That’s all folks!”

Conservative Christian Family Doctor, promoting conservative news and views. (Hot Air under the right wing!)
View all posts by bnuckols »
« >Who needs these ads?
The Veto vs. the Big Picture »